Happy New Year! I’m kicking off the new year with another character from my Children’s Online Piano Course. Meet Gershwin’s Grandma who lives on piano key G!
.
George Jacob Gershwin was an American composer and pianist. Some of his best known works are the songs I Got Rhythm (This was actually one of my Grade 8 exam pieces) and Fascinating Rhythm, the orchestral composition Rhapsody in Blue and the opera Porgy and Bess.
.
He began his career as a song plugger but soon started composing Broadway theater works with his brother Ira Gershwin. He moved to Paris intending to study with Nadia Boulanger, but she refused him; he subsequently composed An American in Paris. He then returned to New York City and wrote Porgy and Bess with Ira and DuBose Heyward. It was initially a commercial failure but came to be considered one of the most important American operas of the twentieth century and an American cultural classic.
.
Click on the image below to print off your colour in. Be sure to share your child’s masterpiece with us once complete ? #minimozartsmethod 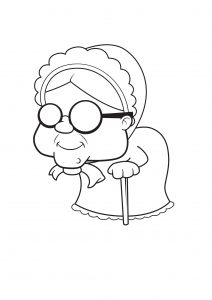